Things That Are Making Me Happy

1. Edith Wharton’s House of Mirth: the Real Housewives of New York set in 1880. As read by Emma Messenger on audiobook while I walk around 19th century streets of Brooklyn.

2. The Cast Recordings of Nashville: if you sit there waiting for Juliette to sing when you watch the show (and there has not been enough of that this season), do yourself a solid and buy all three available records. No stupid Teddy here!

3. Actual Country Music: inspired by my passion for the Nashville soundtrack I thought “hey, I don’t want to be one of those NPR liberals who only listens to country when Connie Britton is involved,” so I bought Miranda Lambert and Kacey Musgraves’ most recent albums and man, they deliver.

4. Deawood: only I, during a good TV tsunami would need extra TV. But hey, it is important to always have a backup when you have already watched all your Games of Thrones and Mad Mens. This show is also really hitting my late 19th century American history fetish sweet-spot. It is as good as everyone said it was AND it has the best women from House of Cards: Kim Dickens and Molly Parker. 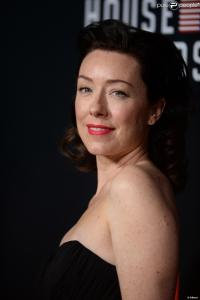 5. Finally, I have a new boyfriend:

I am only more impressed by the sweetness and precision of Zach Wood’s performance on Silicon Valley after hearing him on Marc Maron’s WTF. He is not the same person as his character, which sadly is not true of my old boyfriend Martin Starr.

One thought on “Things That Are Making Me Happy”